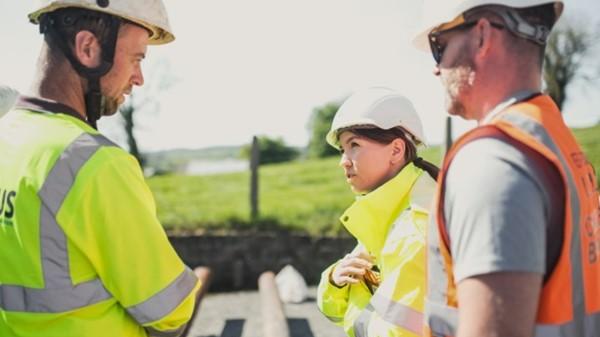 Fibrus has released an update on its build progress across its programmes in Northern Ireland and the north of England.

On Project Stratum, Fibrus remains ahead of schedule, having now delivered over 50% of the contracted premises.

In Northern Ireland, Fibrus is targeting a total build of 350,000, but plans to grow this with ‘infill’ projects in areas contiguous with its network.

In Great Britain, Fibrus and Viberoptix have set up a new strategic site in Penrith, Cumbria, to co-ordinate their localised build in the north of England. Fibrus is soon to announce its plans for the north East in Northumberland and Durham.

In terms of future plans, Fibrus has said its medium-term goal is to deliver 500,000 premises by March 2024 before looking towards Scotland.

Chief Delivery Officer Conor Harrison said: “With this level of output and the continued growth of our build capacity, we are well placed to deliver over one million homes in the future, many of which will be the most rural and remote premises across the UK.”

Zzoomm’s fibre network has passed 100,000 ready for service properties across 29 locations in its latest milestone.

Quickline has added 20 communities to its rollout in the last eight months, with its network now passing 10,000 homes and businesses across North Yorkshire and Lincolnshire.

Vfast Internet, part of Orbital Group has signed up its 15,000th customer. MD Rebecca Brown attributes the growth to partnerships with OFNL and CityFibre.

Openreach has now made fibre available to more than 100,000 homes and businesses across Suffolk as part of its £30m county-wide investment.

KCOM has begun work to connect 360 properties in Gunness, Lincolnshire, to its full fibre network.

Half of London homes have fibre access, says Mayor

Fibre connectivity is now available to 50 per cent of Londoners, up from four per cent in 2017, according to the Mayor.

Lightning Fibre has raised £2,185 for Wayfinder Woman Trust which runs a drop-in centre and safe-space for women at its Eastbourne location.

Openreach is trialling a set of service management measures in Salisbury and Mildenhall to encourage customers using analogue phone lines to switch to new, digital alternatives.

Airband passes another 1,700 premises for CDS

Airband has made fibre accessible to another 1,700 homes and businesses as part of the Connecting Devon and Somerset (CDS) programme.

CityFibre added over one million ready for service (RFS) homes to its network in 2022, a 40% increase from last year.

Recessionary shocks will lead to investment cooling off in 2023 and catalyse a frenzy of M&A activity in the altnet community, according to analysts and market watchers cited by ThinkCX.