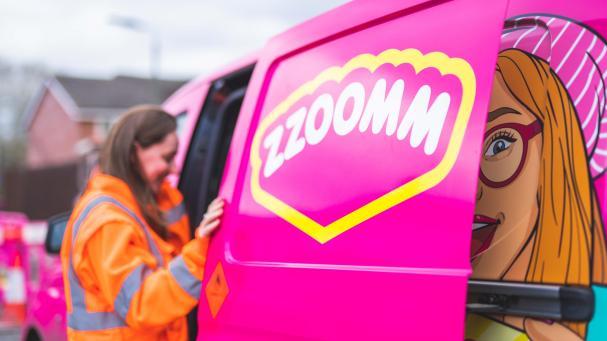 Zzoomm has earmarked the next eight towns it will pass on its full fibre rollout as it builds momentum towards one million homes.

This expansion addresses a further 56,000 premises as part of further investment of up to £44m.

CEO Matthew Hare said: “As we continue to expand and announce new Zzoomm towns, we see significant interest from residents in getting something better.

“We now have over a quarter of a million homes and businesses live, in build or about to be built, and we will be announcing our next phase of towns in the coming weeks”.

Connexin is expanding its full fibre network to Cottingham and Scarborough as part of its next phase of growth in the north.

Freedom Fibre has appointed Shawn Nolan as CTO to take lead on the innovation and growth of the technology division within the business.

Hyperoptic has expanded its partnership with Nokia, selecting the telco to upgrade its IP core network.

Essex County Council has unveiled a new digital programme designed to upgrade connectivity in the county’s most hard-to-reach areas.

Openreach engineer Doug Craig accidently cat-napped his neighbour’s pet as he took a 100-mile trip to Coll to fix a broadband connection for the island’s fire station.

YouFibre has begun connecting customers in Frome, Somerset, after first announcing the build in December 2021.

GoFibre has announced a restructure of its executive leadership team as CEO and founder Alex Cacciamani and co-founder, Laura Cacciamani chose to step back from their roles.

LilaConnect has started the construction of its gigabit network in Haverhill, which will provide 12,000 homes and businesses across the Suffolk market town with access to fibre.

Zzoomm is making a £4m investment into the digital infrastructure of Bewdley, Worcestershire.